Often when you hear about women in abusive relationships, people think why would you stay if you knew it was bad. If he hits you, get out, walk away and never consider you deserved it and never should someone justify they are allowed to do this to you, or anyone.

So when it’s psychological abuse, how is it different as the impact is so damaging if not more complicated in the long term. Having to re programme your mind to what was the truth, what is normal and realise how brutal their behaviour poisoned your internal voice. Also the physical impact on your body for the toll it takes from the mental pressure you’ve endured.

I never would allow someone to stand in the street and shout abuse at me and just take it. So if the person dearest to you, that you love, speaks to you in such a way that slowly chips away at everything you hold dear, isolates you from your family and friends. Inflicts the same demeaning manipulation onto your children. How the fuck is it that I stayed?

From my experience, it went on gradually for years. I didn’t recognise it as abuse, or that it was him directing his behaviour onto me. I didn’t see it for a long time. I was in love, I was married and believed I would be married to him for my life. I loved my life with my family. My children are fantastic and everyday with them is fulfilling. We lived in a beautiful home and I was a successful business woman. Overall I believed we had created a life that I was grateful for and if there was something about it I didn’t like it, it was up to me to steer it in the right direction.

What was complicated was that in the mix of day to day life I was being abused.

A few years later. My first lawyer said at my first meeting was. “Your case is so intriguing. If I was a doctor and you my patient I would want to study your case in-depth to understand it more. When you tell me what you have gone through, I am concerned that you speak so calmly and unemotionally, as if it’s ‘normal’. What you and your children have endured is not normal, this is not a usual case and you will need to consider counselling at some stage to understand what you have lived through.”

A few years earlier, when I finally confided to a girlfriend about a dispute I had had with my husband, a woman who was staying at my girlfriends told me to look up ’emotional abuse’. It was only after this that I realised my husbands personality was not unique. He was psychologically abusive, to the extent he could have got a Masters degree in it and the children and I were his victims. It was a “Holly Fuck” moment.

here’s what I read;40 Signs of emotional abuse and every one of them I could tick off.

I am a kind, beautiful woman that I have always prided myself on being a good friend and love my family. Over time I had become a fraction of the person I had loved being. I questioned myself and had felt all the faults in life was my responsibility to fix.

I think being a victim of this abuse is hard to identify and once I did, this was the slap in the face that made me realise I was in trouble. I tried at first to understand it. I attempted to see if he really intended to make us feel this way, could I fix it within the relationship? Nope. I would look at celebrity couples getting divorced and think look, they can do it. Then how do I? Then I’d enjoy a moment, enjoy friends, my life, my children, my home and think how do I rock all of this for my happiness? Am I being too precious shall I just  suck it up and soldier on? Then I would experience his abuse and it would knock me hard. It would take all the wind out of my sails once again. Once I had identified it I couldn’t un see it.

I considered my position while I quoted myself in my mind endless times and sometimes out loud when I was on my own. The quote from the film ‘The Help’ “I am smart, I am kind, I am important”.

I would think surely in the big wide world there was a man who would love me for me. Just for who I am without expecting more from me, without putting huge expectations and criticising me for where I’d fall short, how I speak too much, how I … the list I had been told, was very long. Surely someone would just think I was great. Through all this I still believed in myself. I knew I was a good person, a funny positive person. So I realised what I had been told, the words, the abuse, the criticism was actually him putting his insecurities onto me. His bad, disgusting manipulating behaviour was his to own. I did not deserve this.

So “Why would she stay?” because she had blamed herself and she had believed it was her fault. Only once she reached out and informed herself about the abuse and realised her parents had stopped coming to visit, her friends were being ostracised by him. Perhaps no one really shouted to her “enough is enough you’re in trouble.” Perhaps she tried to protect her family picture, trying to make it seem okay when behind closed doors, it was nasty.

If something wasn’t right it was my job to fix it. I couldn’t fix this.

Once his abusive character was not just confined to the family home and others truly got to see the extent of his abuse. When I saw this was seriously worse and the children were looking with their innocent eyes, looking at me, trying to make sense of his justifications for us to all feel questioned and belittled. It empowered me to believe it wasn’t just my thoughts. It was real and he was mean. Then I had to figure out how to get out.

My motto was be brave. I became brave, I wanted to become who I was at the beginning of my life as an adult and more.

I realised I was not responsible for his behaviour. I had protected it, consequently allowing it to go on for long enough. Time to regain my power and be who I believed in.

She stayed until she realised she had to get out and she only looked back to collect what was hers. 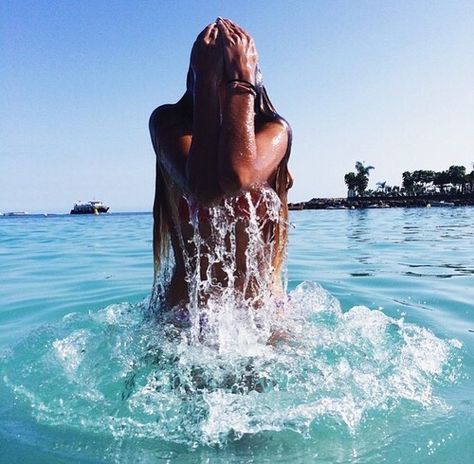