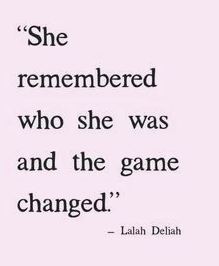 Is it true that ‘You can’t change someone but you can change how you respond to them which produces a different result.’ Really?……

I heard recently in a film “Why would a man treat a woman like that? But what kind of woman would choose to accept it”

You can’t change someone but I can choose to respond differently, in the hope they realise it’s not acceptable behaviour. Will it bring about a different outcome?

I tried for a few years more, to see if from inside the relationship I could change how he treated me. If he didn’t get the result he was expecting would he continue to behave in that way? I gave it a go, I explained how it truly made me feel, to see if he intentionally meant it in that way? If he understood would it change how he behaved?

How, if this person that was meant to love you, why would they want to make you feel anything other than appreciated and enjoyed for who you are? I didn’t react but took time to discuss his comments

‘When you say these things, this is how it makes me feel. Is this what you were intending?’

Then he would again and again chip away at what I held dear, my role as a mother, my role of running the home, my role as a provider, a wife and my character for who I am with family and friends. Little constant comments, observations and speaking in third person of what I thought, trying to voice my very own opinion and feelings. As if he knew! To even twist what I thought. I now despise that anyone could speak on my behalf as to what I think. What a twisted perverse arrogance.

Nope, he wasn’t stopping his behaviour, he was intentionally being critical of all that I held to be good, he would be nasty and continued to knock me down to his level so he could feel empowered at the cost of me feeling a lesser person.

For a long time, I held myself responsible for these faults as it was easier to take the blame than see this man who I thought was insightful was really just mean.

It took a while to see it. But once you see it, it can’t be unseen or forgotten. I wanted to be liked and respected for who I was and I believed in myself enough that someone else in the world would adore me for me. That someone else would take great delight in who I am. Now I had to figure out how to get out. …..