I was at a luncheon with women yesterday, beautiful, successful and elegant women, mostly married with children. The kind of lunch I shy away from like the coffee groups I didn’t go to. It was held for a girlfriends birthday in a stunning glass restaurant overlooking a vineyard and out to sea.

Listening to conversations about allowance of “asking permission” from their husbands.  I realize the freedom of choice that I have in my relationship that I don’t feel I have certain constraints. Restrictions that I see other couples put onto each other – these seem like rules or an ongoing credit system? “If you do this then I get to go out and do this next time”, “It’s my turn because you did this”. Never have I functioned in life this way, nor have I put this onto my partner. I hadn’t thought about it until I saw how other couples manage juggling personal time.

For example if my husband would like to do something, then he says what he has in mind. I don’t see it as asking permission. I am not his parent, it is up to him what he does. This applies vice-versa. I’ll say I’ve been invited to a lunch with girlfriends on Tuesday. I am aware that this does have implications that effect him directly for he’ll need to have the children until I step back into the parent role. If he had a meeting and was unable to help then either I make alternative options for managing our children, leave earlier, or if it really doesn’t work with my other responsibilities then I wouldn’t go.

This was when I realized how relaxed I was about this in my relationship. It was when my husband went to a party ( I can’t remember why I didn’t go? Happy to hang at home perhaps) He went and partied into the night. I woke at 3am to a text saying it was late they were sitting fireside and he was going to hang there for the night. When he sent a text in the morning to be picked up. I said to the children that Dad had headed out for breakfast early and we were going to pick him up. When I picked him up I had in a bag his toothbrush, swimming shorts, towel and a fresh T-shirt. I drove down to the local beach and pushed the children on the swings while he had a swim. Another father was there with his child, I explained to him I had just picked up my husband from an all night party and greeted him with his toothbrush & swimmers. That he was having a swim then I was taking him home to let him sleep while I took the children out to play. This man looked at me with pleasant surprise and slight disbelief. My husband walked up from the beach and we headed off. I dropped him home and said I would be home later to cook dinner for friends that were coming that evening and I would leave him to it and catch up later.

I had no qualms over this, no resentment, no issues at all. If anything it was a pleasure to contribute to finishing off a good night. I know it goes both ways, his interest is out of concern, am I safe? driving? with the right people? having fun? For we trust each other and have confidence in our relationship. Which results in the thought. Why would you jeopardise it by taking that trust away. What a loss to wreck it, mess it up in some way by breaking the unwritten rule of being unfaithful. As long as I am safe, happy and with good friends then there is no issues. We don’t play ‘tit for tat’. Generally since we don’t put these restraints on each other I personally don’t have the need to break boundaries because I don’t feel constrained. I believe this works both ways. When I am out, which is mostly with him, we have fun, chat with friends and one of us will say “this has been fun, I’m ready to go home when you are. ”

It works for me and I hope this influences you to consider this within your relationship, the alternative would push me in the wrong direction and make me feel distrusted without having faith and confidence in the relationship. 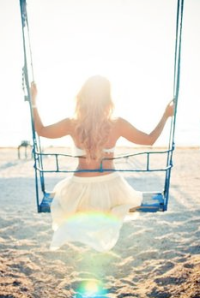 start how you intend to carry on